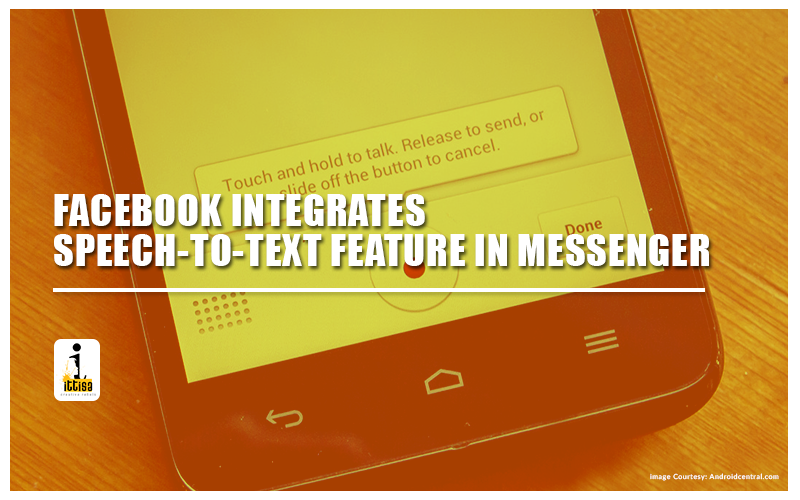 Voice notes have been revolutionary and enjoy huge acceptance among users. However, the innovation had certain glitches. Suppose you are in a meeting or in a concert and you receive a voice note from your friend. What do you do? Control yourself and leave it for later? But not anymore!

Facebook’s unexpected announcement about its acquisition of Wit.ai, a speech recognition software developer, last week, had us all surprised and thinking.

Well, these speculations were answered by David Marcus, head of Facebook’s Messenger team, with an announcement on the latest update on his Facebook page:

“We’re always working on ways to make Messenger more useful. As many of you know, we already offer a feature that enables people to send voice clips to their friends without having to type out the text. Today we are starting to roll out a small test that helps people read the voice clips they receive instead of having to play them out loud.” 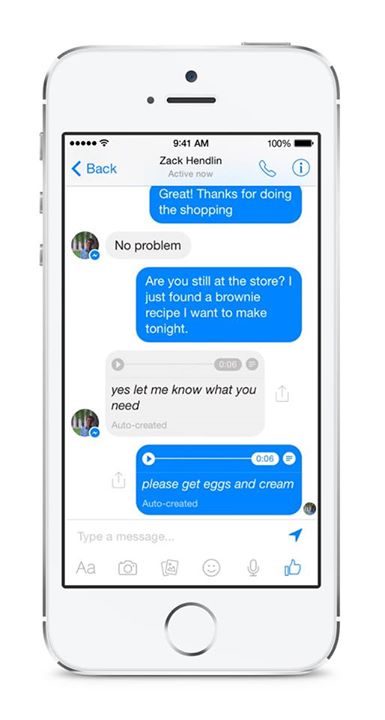 Marcus further specified their intention to test this new roll out in Facebook Messenger at a ‘tiny scale” to study its feasibility and acceptance before making it widely available.

Although the Facebook Messenger app enjoys a very dismal rating in App Store, it remains as the most downloaded app of 2014. This move to integrate innovative features into the app shows company’s continued attempt to reach out their customer’s complaints and retain it at the top.

Are you among this “tiny” group? Share with us your take on the latest update on our Facebook page.