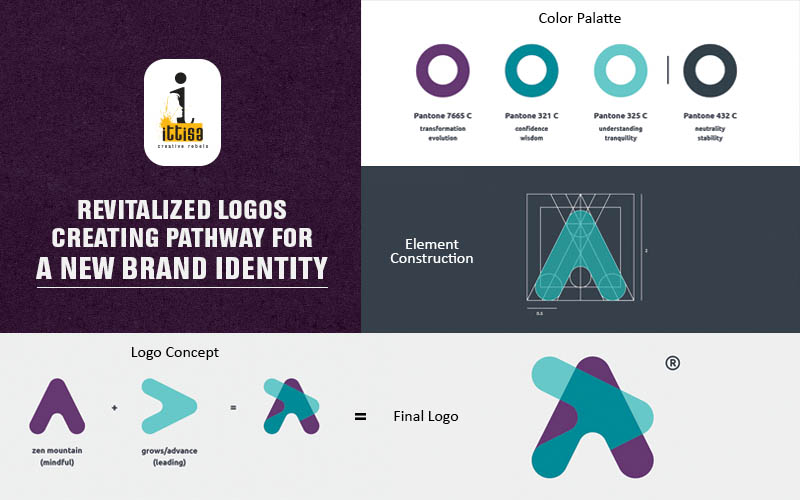 A logo is not just a symbol endorsed by an organization, there is a lot more to this graphic mark than a simple design; its main purpose being to communicate about the company and the brand. With the advent of technology, changes in the industry have been at a rapid rate and companies have been trying to keep pace ever since. Change or redesign of logo is one way in which companies can reflect their current identity.

The reason for change in logo depends on many factors.

The redesign of the logo has an impact on the brand image of the company. The logo which looks outdated reflects that the company is out-of-touch with modern best practices. Whereas, change signifies the evolution of the company and advancements in its culture.

To start with, we’ll first have a look at the changing logos of Apple. Many of us are familiar with the story of how the logo of the multinational company was adopted. However, later the multi-colored, bitten Apple logo was changed to the present Monochrome logo in 1998 in order to showcase that the computers were being developed with metal casing instead of the plastic. And it has remained so ever since, not a bad change all looking at how Apple has risen up in the market.

Banking on the current minimalistic trend in design, the American tech giant, Hewlett Packard (HP) has redesigned their logo. The brand will now be showcased with just 4 minimalistic obliques that form ‘hp’. The last change in logo had turned out to be a big dud and so far, no HP logo has really made heads turn. This particular change in design was unveiled while introducing the new Spectre 13.3-inch laptop which is touted to be the world’s thinnest laptop. While we are yet to see it’s full effect on their sales and brand identity, we sure agree it has been the coolest HP logo till date.

In 2012, Microsoft revealed its new logo after using the previous one for 25 odd years to signal the future; a novelty and freshness. It certainly gave the brand a makeover.

If we dig deeper into the history of Coca-Cola logo, we can see that the company over a century has changed it logo more than 10 times. Each time, bringing in a new angle and a new campaign along with the change of logo. Let’s just say, the brand rules the market for a reason.

Even fast food giant McDonalds is not behind in changing its logo. So much so that, now the mere “M” in yellow color with the red background is sufficient to recognize McDonalds. The M was apparently just a customized design but later a font was created in order to imitate this design.

There is a story behind every logo and these stories give rise to non-ephemeral logos that transform to meet their brand’s needs as per the demand in the market. For instance, the three circles, in case of Toyota, represents the heart of a customer, product and progress in the field of technology. Mercedes-Benz’s tri-star logo exhibits dominance in quality and style. The trend of focusing on the logo is followed by most of the companies worldwide in order to bring life to its identity.  Thereby, the logos are becoming the representatives of the organizations.