The Value of Emojis in Marketing

“6 billion emoticons are sent on a regular basis.” Emojis are undoubtedly an integral part of communication when it comes to digital mediums. So much so, that the ‘face with tears of joy’ emoji was once declared to be the Oxford Word of the Year. The reason for its popularity is the efficiency with which emojis can communicate the message or an emotion. And this popularity has inspired brands to integrate them into their marketing campaigns.  [caption id="attachment_14365" align="alignnone" width="520"] 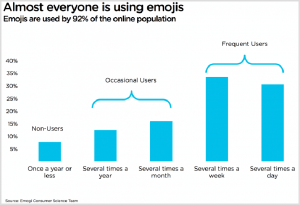 THE IMPORTANCE OF EMOJIS IN DIGITAL MARKETING

“Do you know using emoji in a tweet can increase your engagement by 25%, as compared to the tweets without one?” Emojis have now found a place in almost all forms of online communication. Be it to capture the attention of your audience for the latest trends or following a traditional tone in marketing, emojis have always found a place in all social conversations. Here are some reasons that establish the importance of emojis in digital marketing -

A messaging that contains emojis brings out an added brand personality and makes your content more relatable. Moreover, since digital communication lacks face-to-face interaction, there is room for misinterpretation. Relevant emojis can make your brand speak in the language of the target audience, thus making you one of them. According to research, “using emojis in Facebook posts can increase likes by 57% and shares by 37%.” This is enough proof that emojis do play a vital role in reinforcing the meaning of your messaging. [caption id="attachment_14366" align="alignnone" width="500"] 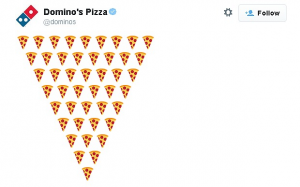 Source: nomen.co.uk[/caption] Tip: It is always advisable to use only those emojis that are compatible with the devices of your target audience. If they see just question marks or boxes in place of the emoji, the purpose remains unfulfilled.

2. Boosts engagement with the audience

Statistics say that “using emojis can increase engagement by 48% on Instagram. Moreover, posts with emojis have 2.21% interaction rate while the ones without have only 1.77%.” [caption id="attachment_14368" align="alignnone" width="500"] 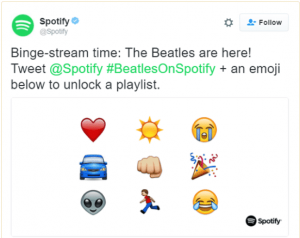 Source: agorapulse.com[/caption] Posts with emojis always have a friendlier tone, as they are mostly related to a positive emotion. Using emojis in your communication will make your audience happy, thus encouraging them to engage with the content. Moreover, the human brain can process images way faster than text. Studies have shown that while seeing emojis, the brain functions in the same manner as seeing real human faces. This is another important reason why user engagement with emojis is much higher than simple texts. Push notifications with emojis are likely to have 85% more open rate and 9% conversions than just text notifications. Be it any channel, the right emojis can keep your audience entertained and engaged with your brand.

Have you ever noticed how a simple exclamation mark has the ability to change the tone of your communication? Emojis also have the power to convey your brand’s emotions in a way that simple text can’t at times. However, it does not mean that emojis can replace good quality content, but the combination of the two can help achieve the desired results faster. Conveying your message on social channels that provide limited character count like Twitter becomes easier with emojis. Using them can add extra context and emotion to your content.

THE EFFECTIVE USE OF EMOJIS IN DIGITAL MARKETING

The first step in using emojis effectively is to understand the target audience and accordingly strategizing the use of emojis. Demographics play a crucial role in determining the kinds of emojis and how much and when you should use them in your communication.  Different devices have their individual emoji display styles, and so it is also important to test on all devices and platforms so that your message is communicated everywhere as you wanted it to be.

Using emojis in ads can also improve the chances of engagement. An example is of Adespresso who has created two similar ads, but only one of them had an emoji at the beginning of the headline. An A/B testing revealed that the ad with the emoji had a 241% higher click-through rate than the ad without the emoji. [caption id="attachment_14369" align="alignnone" width="585"] 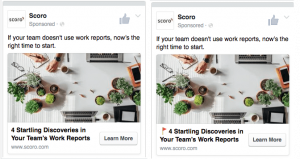 Emojis can be used on social media as post updates to lay more emphasis on the content. It can also be used for engagement, for example asking a question to your followers and asking them to reply only with emojis or encouraging them to share their current mood with emojis.  [caption id="attachment_14370" align="alignnone" width="316"] 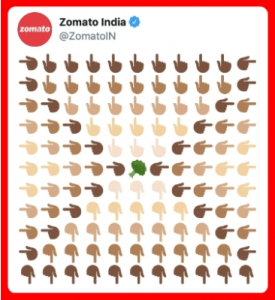 Source: socialsamosa.com[/caption] Facebook has its own set of emojis that makes it easier to integrate them into your posts and communication.

“An email subject line with an emoji can increase the open rate by 29% and click-through rate by 28%.” The inclusion of emojis in email marketing can make a positive impact on both engagement and open rates.  However, use emojis for emphasis instead of replacing any content with them. This is because in case the emoji is not supported, the content can lose meaning.  [caption id="attachment_14371" align="alignnone" width="453"] 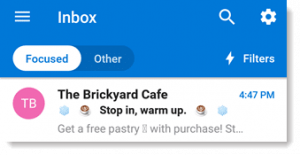 Source: constantcontact.com[/caption] Make sure to test the emails on various browsers and providers before sending out to your subscribers. 92% of people on the Internet use emojis on a regular basis and it has now become a language in itself. Have a proper understanding of your audience and the emojis that you use in your marketing strategy to get the best results for your business. If you wish to know more about the use of emojis in social media marketing, leave us a message and we’ll get back to you!